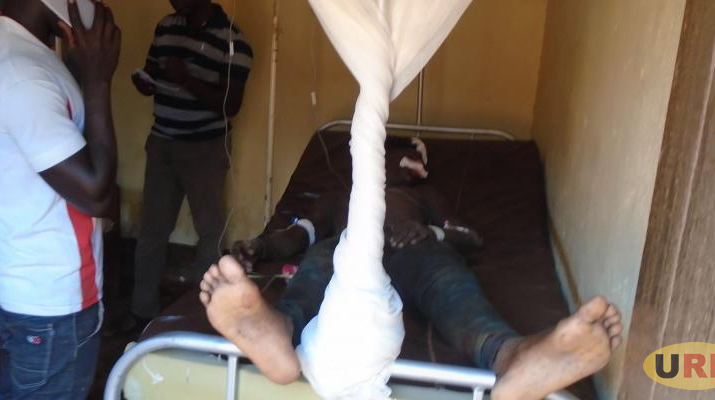 One person has died and over forty others critically injured in an accident at Kaliro Katono trading centre along Wobulenzi-Bamunanika road in Luweero district.

The dead has been identified as Kato Bukenya a market vendor in Wobulenzi town council.

Resty Nabacwa an eye witness says that the Fuso truck driver tried to overtake unidentified commuter taxi in vain, overturned and injured its occupants who are believed to have been over 60 vendors.

Kato Bukenya died as he was rushed to health centre after he sustained major wounds on the head and chest.

All the victims were travelling on top of their luggage at Fuso truck.

Bosco Ssenyondo a survivor told URN Reporter says after the accident, several vendors together with their luggage were scattered in nearby bushes until when residents and Police came to their rescue.

Ssenyondo says majority of the traders sustained multiple serious wounds in the accident.

James Kisitu the in charge of Homeland Medical Center says that the five patients rushed to the health centre were in stable condition but one has been referred to Luweero hospital for further management.

Gideon Byomuhangi the Officer in Charge of Wobulenzi Police station says that the victims have been rushed to health centres that include Njovu, Orient, Homeland Medical centres in Wobulenzi town, Bombo Military and Luweero General Hospital for treatment.

He blamed the accident on reckless driving of the Fuso truck driver and says that Police has launched manhunt for after he allegedly escaped unhurt. 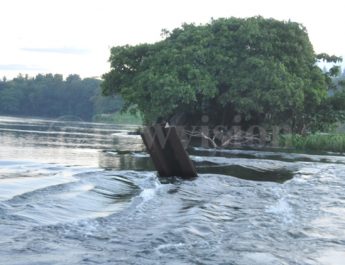