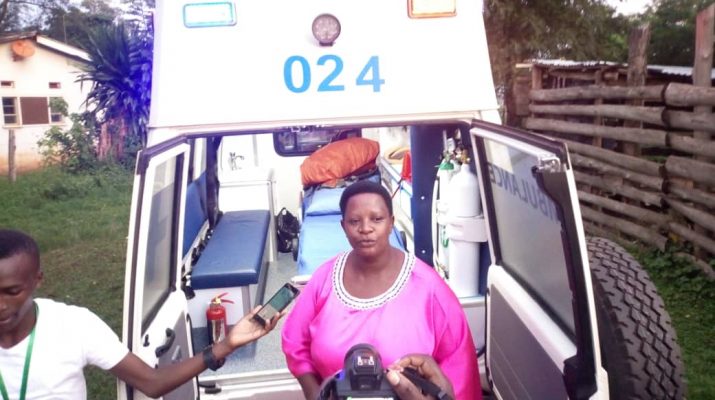 Kagadi District COVID -19 Task Force has received an Ambulance from the International Rescue Committee -IRC to boost their campaign against the spread of coronavirus.

The Ambulance registration number UBF197V was handed over to the Task force on Tuesday.

Speaking at the handover of the ambulance, Joe Orech, the Acting Coordinator International Rescue Committee, said the Ambulance will ease movement of the Task Force to respond to emergencies.

According to Orech, International Rescue Committee will pay the driver, provide fuel and service the ambulance.

Lillian Ruteraho, the Kagadi Resident District Commissioner who also chairs the Task Force, says the Ambulance will boost their operations by reducing the burden of transporting suspected Covid19 cases and patients to the isolation center.  She has called upon other development partners to join against the COVID-19 pandemic.

Dr James Olowo, the Kagadi District Health Officer-DHO, says they have for long been struggling with one old Ambulance that was donated by the Infectious Diseases Institute-IDI ten years ago. He says the new ambulance is a big milestone towards their efforts to fight COVID-19.

Kagadi District has so far responded to 47 Covid19 alerts.