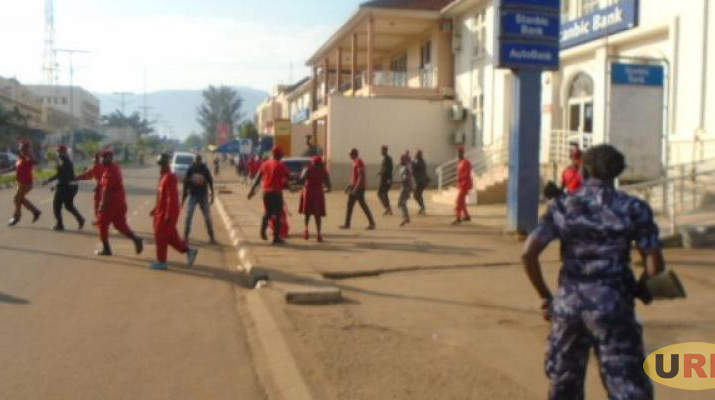 Police have used live bullets and teargas to disperse People Power activists from BCU FM premises on Naboa road in Mbale city where Robert Kyagulanyi Ssentamu, the president of the National Unity Platform-NUP party was expected to appear on a talk show.

The People Power activists stormed the station premises this morning when news spread that Kyagulanyi would appear in the weekly talk show at the station.

A team of heavily armed police backed by anti-riot gear stormed the station premises and used live bullets and teargas to disperse the activists before sealing off the area.

Samuel Okiror, the in Charge of the Field Force Unit in Mbale, said police intercepted a van of carrying the supporters of the legislator and five others people.

He said they were still hunting for Kyagulanyi, who is believed to be holed up at undisclosed location in town.

According to insider information from BCU FM, Kyagulanyi was expected to appear on their weekly political show that airs between 9:00am to 12:00pm every Saturday together with Manjiya County Member of Parliament, John Baptist Nambeshe and other panelists.

However, on Thursday morning, the Mbale District Security Committee chaired by the Resident District Commissioner, Sulaiman Baraza Ogajo summoned the station Manager, Godfrey Kakungulu and cautioned him against hosting the legislator.

They argued that the legislator would attract crowds that would disrupt the tranquility in the town.

The manager reportedly tried to negotiate with security to deploy and keep away the crowds to allow the talk show to proceed as planned in vain.

The Manager couldn’t be reached by the time of filing this story. The station was playing music. 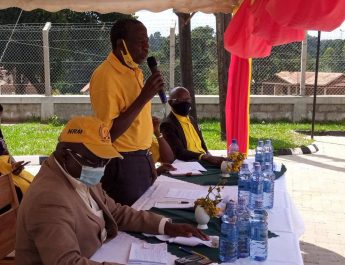 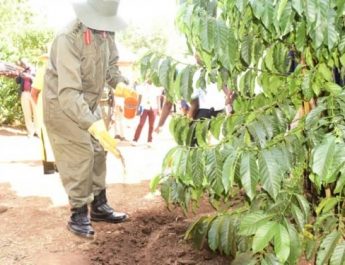