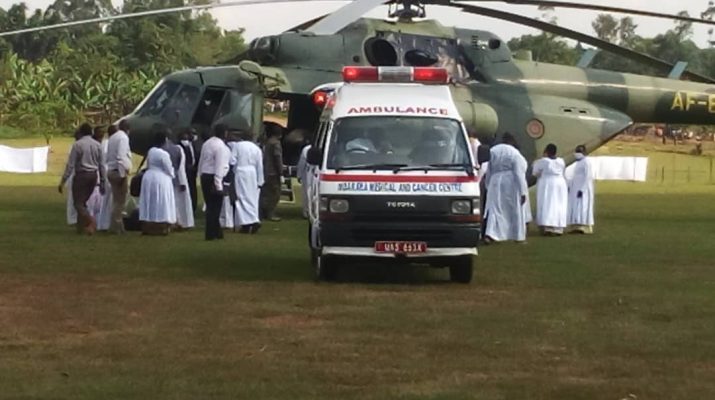 Government will accord official burial to the Faith of Unity founder and leader Owobusobozi Bisaka.

Bisaka passed away in Kenya where he had been flown for better medical services.

His body arrived at Kapyeemi, the headquarters of the faith of unity in Muhorro town council today afternoon by a military chopper, AF-605.

It was received by UPDF, police, family members, selected followers of the faith of unity and government officials led by the state minister for public service David Karubanga.

The state minister for public service David Karubanga who is also the Kigorobya County MP in Hoima district said President Museveni has directed Government to accord Bisaka an official burial due to his good contributions towards the development of Uganda.

According to Karubanga, government has sent its condolences to the mourning family, friends and followers of the faith of unity.

He said government and Bisaka’s family have agreed that the burial ceremony will be held on January 31 at Kapyemi hill, Muhorro town council in Kagadi District.

The RDC Kagadi, Lillian Ruteraho called for calm among the believers of the faith of unity. 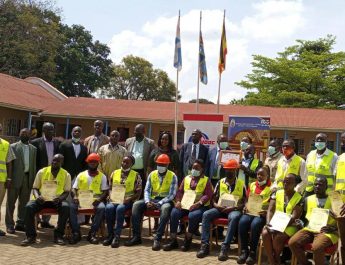