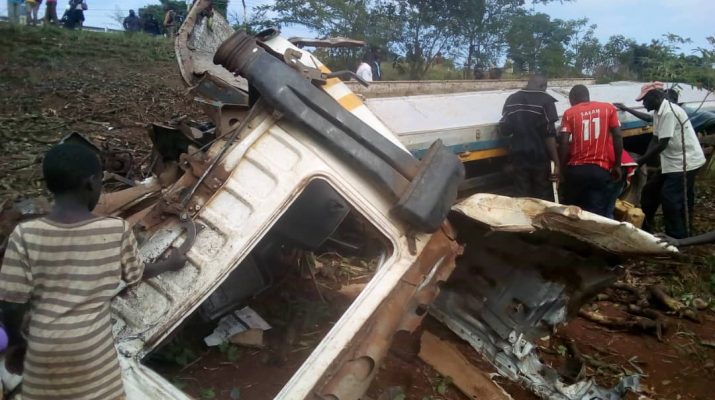 Kagadi-Two people have been confirmed dead following a motor accident in Kagadi district.

The accident occurred on Tuesday morning after a truck loaded with Bananas overturned in Kiranzi cell, Mabaale town council in Kagadi district along Kagadi-Hoima road.

The vehicle registration number UAY 924V Overturned at around 3am on Tuesday.it was heading to Kigumba town in Kiryandogo district.

Another occupant identified as William Musiime survived with severe injuries and is admitted at Good hope clinics in Mabaale town council.

Musiime told our reporter that before the accident occurred, the driver, Amiru Akakira (now the late) warned them of the suspected mechanical condition.

He says the vehicle overturned after failing to negotiate the sharp corner due to break failure.

Onesimas Turyakira, the OC traffic Kagadi without divulging the details confirmed the incident, saying investigations have commenced to establish the cause of the accident.

Some of the area residents blamed the accident on the sharp corner which was left there by Shengeli Engineering Construction Company during the tarmacking of Kabwoya-Kagadi-Kyenjojo road.

Musubire Peter, a resident of Kiranzi cell, asked the government to reconstruct some parts of the road in order to reduce the number of increasing accidents. 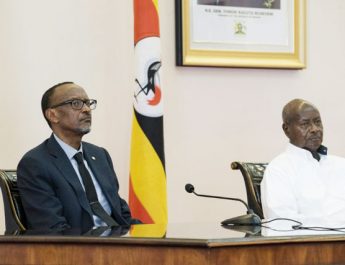