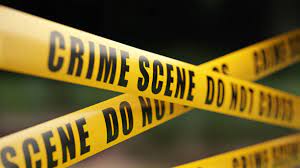 The police in Kagadi have arrested three people for allegedly killing an LCI Chairperson.

It is alleged that on Wednesday the three suspects waylaid Geoffrey Byamukama 41, the LCI Chairperson Mpanga village in Buhumuliro sub-county, and severally hacked him to death.

The incident happened at around 11 p.m. At the time of meeting his death, Byamukama was from Buhumuliro trading center heading to his home.

Jackson Byaruhanga, a resident explains that after they waited for Byamukama to come home in vain, they reported a case of a missing person at Rugashali Police Post.

Police together with area residents started searching for the village chairperson only to discover his body lying in a pool of blood in a nearby bush in the same village.

Gracious Tumwesigye, the LCII Chairperson for Buhumuliro Parish has condemned the act, saying it has shocked residents and leaders. He has tasked police to expedite investigations so that justice can prevail.

Nteri Agubimana, the Buhumuliro LCIII Chairperson said on Friday that on a fateful day, Byamukama was seen drinking together with the three suspects in a bar.

Julius Hakiza, the Albertine Region Police Spokesperson says that the suspects were picked on Thursday evening from various areas within Buhumuliro sub-county.

He says once police investigations are through, the suspects who are currently being detained at Kagadi central police station will be arraigned before the court to be charged with murder.

According to Hakiza, the deceased succumbed due to over bleeding that resulted from the injuries inflicted on him by his attackers.