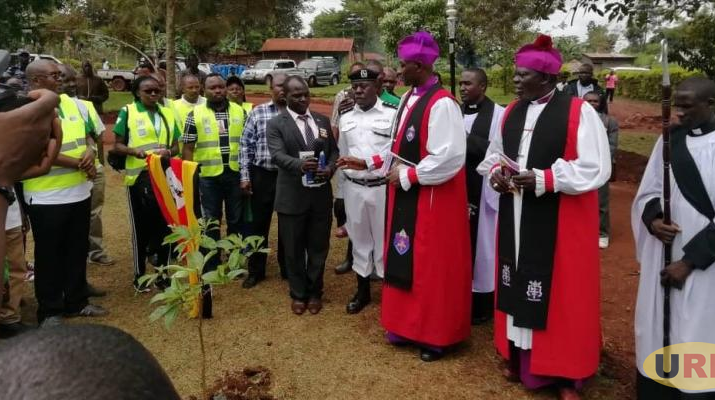 Dr. Samuel Kaziimba Mugalu, the Archbishop Church of Uganda has flagged off the environment conservation walk that is aimed at rallying the country to plant at least 40 million trees within ten days.

The campaign started in Mabira forest today and is expected to end at River Rwizi in Mbarara on March 20th, 2020. A team of about 50 people are participating in the walk. The group will walk in the most critical areas and use vehicles in some stretches to beat time.

While flagging off the group, Archbishop Kaziimba appealed to Ugandans to love the environment and every natural surroundings since they were given to man by God with a special responsibility to care for them.

He noted with concern the increased encroachment on forest reserves, says the Water and Environment Ministry, the Food and Agriculture Organization teamed up with Uganda Walkers Association to raise awareness for the need to conserve natural resources.

The State Minister for Water, Ronald Kibuule noted with concern the increased destruction of the forest cover for charcoal burning and wood fuel. He cited statistics from UNDP and Water and Environment Ministry, which show that Uganda’s forest cover dropped to 8% in 2015 from 24% in 1990.

Kibuule notes that once every Ugandan plants one tree in a period of ten days it will help contribute to the agenda of desired target of planting 40 million trees. 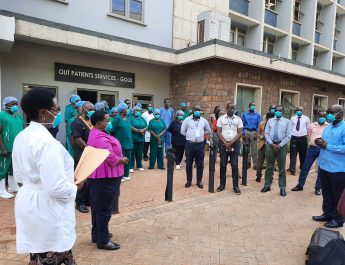