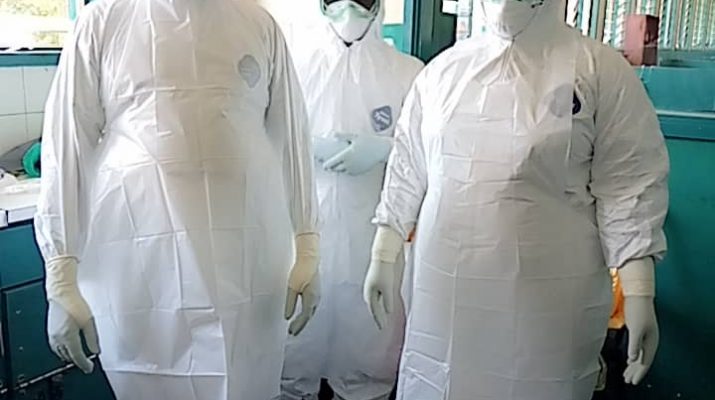 A team from National Response unit in Ministry of health headed by an Epidermiologist on Thursday arrived to handle the outbreak of Crimean- Congo haemorrhagic fever in Kagadi district.

This followed the confirmation of the outbreak of Crimean- Congo haemorrhagic fever (CCHF) in Kagadi district after 23 year old man tested positive for the viral tock borned disease.

A patient who is a resident of Kisuura A LC1 in Bwikara Subcounty was admitted at Kagadi general hospital on Monday complaining of fever, headache, abdominal pain, general body weakness and vomiting blood.

This prompted medical workers to obtain blood samples which were taken to UVRI which tested positive to CCHF and negative to other Viral haemorrhagic fevers like Marburg, Ebola and Rift valley fever.

So far 3 patients have been admitted in the isolation centre at Kagadi general hospital.

Bwikara Sub County took samples from 9 contacts who interacted with the patient before he was put in the isolation centre.

According to the district communications officer ,George Gulyetonda ,the ministry of health, Kagadi district, development partners like IDI, IRC, REDCROSS, WHO, UNICEF have stepped up to control the disease from spreading further.

Kyenjojo man arrested for burring his son alone in the forest