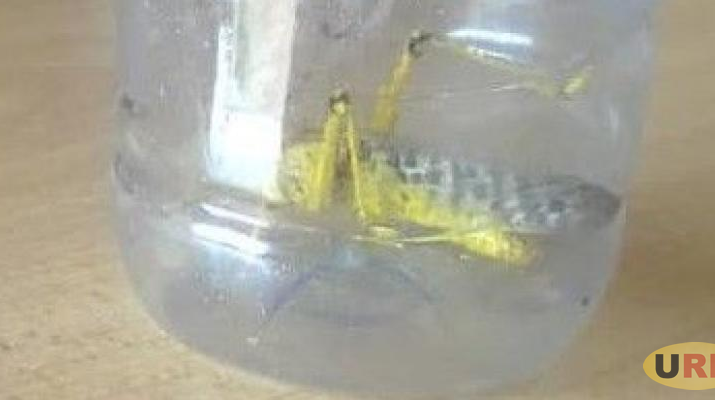 Alex Mutyaba, a farmer at Kapundo village, says he spotted the insects on one of the trees but they migrated the next day and only a few of them remained flying around the village. Mutyaba said they got worried that insects posed a danger to food crops.

He says they petitioned the Agriculture office to investigate the possible invasion of locusts and take appropriate action to stop their spread. Sarah Nansubuga, the Nakasongola District Entomology Officer, confirmed receiving the reports, adding that they picked samples of the insects for analysis.

Nansubuga explains that the insects were found be desert locusts (Schistocerca gregaria) but were small in number to cause danger to food crops. She suspects that the locusts are part of the swarms that were dispersed from Karamoja sub region.

Nansubuga asked farmers to remain calm, saying the locusts are few and at end of their lifespan hence less dangerous to crops. She asked the farmers to call toll free line number 0800177777 and report any case of locusts in their area.

Fredrick Balaam Lwanga, the Speaker Nakasongola District, says although the district downplayed the number of locusts, they are worries that these may have mated and laid eggs in the area, which may wreak havoc to farmers. Lwanga wants the Entomology Office to take steps to prevent the locusts from multiplying to cause havoc.

The Entomology Officer, Sarah Nansubuga, says it is possible for the locusts to multiply if they find a conducive environment like sandy soils, which are readily available in the district. The entomology office has since notified Ministry of Agriculture, Animal Husbandry and Fisheries about the locusts as they continue to monitor the situation.

Swarms of desert locusts entered Uganda from Kenya through Amudat district and later spread to Abim, Kotido, Nakipiripirit, and Katakwi in Karamoja and Teso sub-regions. The locusts were reported in Kitgum , Agago and Nwoya districts last week. 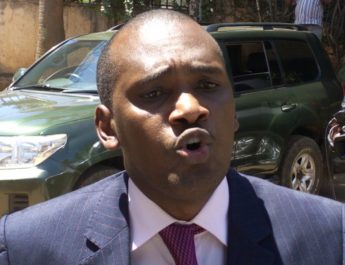 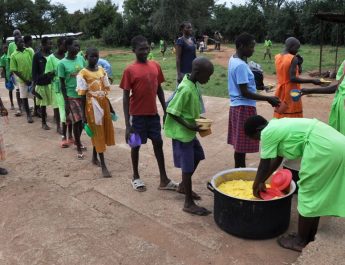