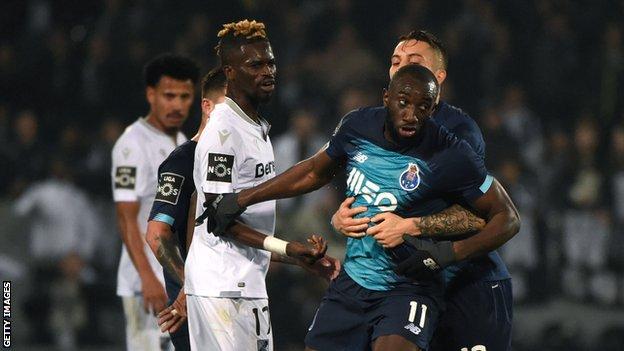 Marega, 28, started to walk towards the dugouts in the 69th minute, nine minutes after scoring what would prove the winner in Porto’s 2-1 victory.

He pointed his thumbs down and also raised his middle fingers to the crowd.

Team-mates and opposition players tried to persuade him to stay on, but he was eventually substituted.

In an Instagram post, Marega said the home supporters “who come to the stadium to make racist screams” were “idiots”.

Porto boss Sergio Conceicao said: “We are a family regardless of nationality, skin colour, hair colour. We are human, we deserve respect. What happened here is unfortunate.

“We are completely indignant about what happened. I know the passion that exists for Vitoria and I think most of the fans do not see themselves in the same attitude of some people who have insulted Moussa since the warm-up.”

Porto’s match report on their website described it as “a sad situation that should make the Guimaraes club and Portuguese football blush with shame”.

Team-mates including Alex Telles, Sergio Oliveira and Ivan Marcano all tried to stop Marega walking off the pitch, grabbing the Malian player around the waist – but he pushed everyone aside on his way to the tunnel. 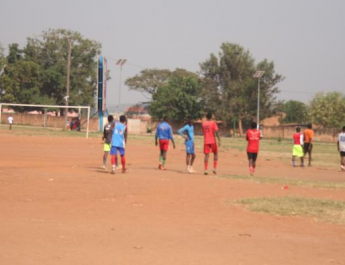 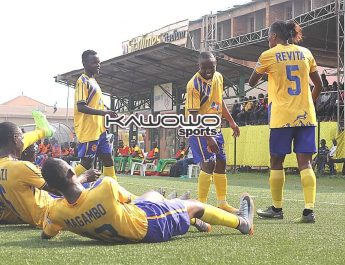