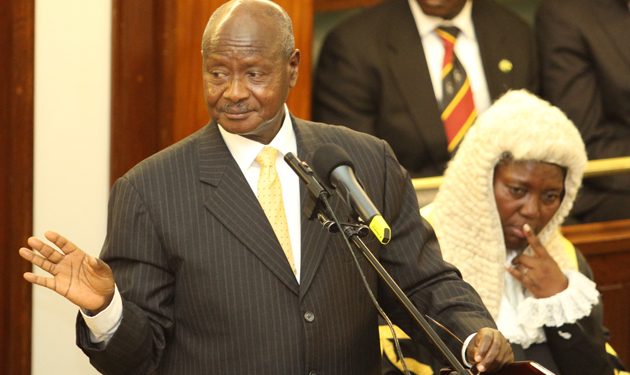 President Museveni today morning summoned Speaker of Parliament, Rebecca Kadaga to State House ahead of the appearance of the first lady, Janet Kataha Museveni, before Parliament.

Janet Museveni, who is the minister of Education and Sports, is scheduled to appear before Parliament to explain why cabinet ignored a resolution of parliament regarding the implementation of the new lower secondary school curriculum.

She had been set to appear on Tuesday February 18 but she was not able to.

Kadaga, on Tuesday, warned that the first lady could face parliament’s committee on Rules, Discipline and Privileges if she does not appear today, February 20.

Sam Obbo, the press secretary of Kadaga confirmed that her boss had been called to Entebbe. He however did not give details.

However, it is likely that the president could try to convince Kadaga to “soften” her stance towards the curriculum and her insistence that Janet appears before the MPs.

Museveni has been known to be protective of his wife and immediate family.

Yet Kadaga might not have necessarily been summoned over Janet’s appearance.

Other sources said the meeting could be about a $119 million loan intended to upgrade three oil roads.

Kadaga blocked the approval of this loan until funding for the Kampala Jinja expressway is resolved.

What remains unclear is whether the president will change Kadaga’s stance. It is now a wait-and-see game.

Already security at Parliament has been beefed up in anticipation of Janet’s appearance.