An angry mob in Bugambe Sub County, Kikuube district have lynched and burnt the body of a 27-year-old man whom they suspected of stealing domestic animals.

According to eyewitnesses, the deceased identified as one Oyeri is a resident of Busenyi in Buseruka sub county, Hoima district.

Our Sources indicates that the suspect was intercepted by an angry mob in Rwamutonga-Cungajjembe transporting three suspected stolen goats on a motorcycle registration number UEL 271Z.

Oyeri’s accomplice took off but residents managed to arrest Oyeri, beat him to death and later set his body ablaze.

The residents suspect that the Oyeri had stolen the goats from Buseruka Sub County. 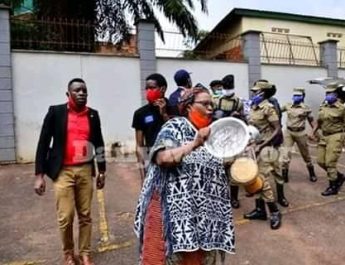 Stella Nyanzi, Bajjo and several others arrested over food protest