A Uganda People’s Defense Forces-UPDF soldier is nursing wounds at Rushebeya clinic in Kamwezi sub county in Rukiga district after being shot by a police officer in a bar brawl over a woman.

The gunshot victim is David Mperize, a resident of Ryabirengye villag in Bukinda Sub County in Rukiga district. He is attached to Makenke army barracks in Mbarara district.

He was shot by Police Constable Alex Twongyeirwe, who is attached to Kamwezi police station. According to information obtained by URN, Mperize was shot by Twongyeirwe around 10am on Sunday at Kabirizi cell in Kamwezi Sub County.

A detective at Kamwezi police station told URN on condition of anonymity that Mperize developed a quarrel with Twongeirwe while at drinking at Joseph Akampurira’s bar in Kabirizi trading center around 11:00PM on Saturday night.

He says it all started after Twongeirwe accused Mperize of snatching his lover who was in the same bar but they were separated by other revelers.

Elly Maate, the Kigezi Region Police spokesperson, says the quarrel resumed on Sunday around 10:00am when Twogeirwe who was donning a police uniform and armed with an AK 47 riffle found Mperize at the same bar charging his mobile phone.

He says that it is this process that Twongyeirwe shot Mperize in the left leg.  Maate says that Mperize was rushed to Rushebeya clinic where he is receiving treatment.

Twongeirwe was arrested and charged with misusing a fire arm.

He is currently locked up at Rukiga Central Police station. 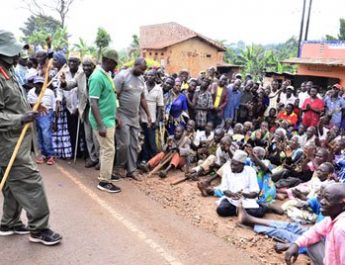 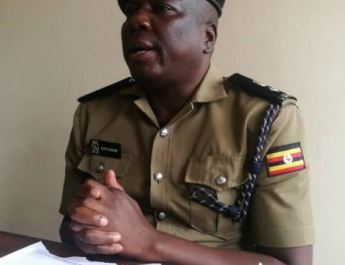