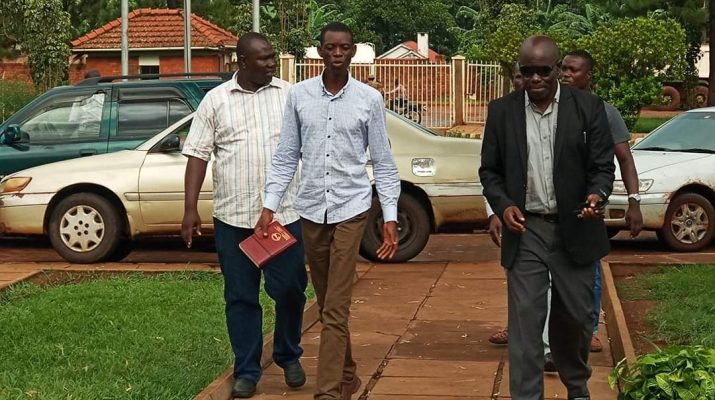 The Jinja District Resident District Commissioner (RDC) Eric Sakwa, has been released on bail on Wednesday.

RDC Sakwa, who divides opinion in the Eastern Uganda district was arrested by State House Anti-Corruption Unit last week and sent to Kirinya Prison by the Chief Magistrate of Jinja Court Jessica Chemeri on charges of manslaughter, robbery and malicious damage.

“In Jinja, the bail application hearing for Jinja RDC, Eric Joseph Sakwa (manslaughter, robbery and malicious damage charges) is ongoing before Chief Magistrate, Jessica Chemeri via ZOOM Conferencing Technology between Jinja Court and Kirinya Prison,” the Judiciary confirmed in a brief statement on social media.
He was later released.
Prosecution alleges that between March 17 and March 22, Sakwa and others still at large caused the death of a citizen Charles Isanga a resident of Lwanda Village in Jinja.

Relatives of Charles Isanga who is said to have died two weeks after he was allegedly tortured by Mr. Sakwa had refused to bury the body until the government intervenes.

The postmortem report indicated that the deceased died of hemorrhage in the vessels.

Further, the prosecution claims that Mr. Sakwa and others still at large on March 22 at Lwanda village stole cash amounting to shs 80000, three crates of beer, eight trays of eggs, soda, water and sachets of waragi all valued at 429000 UGX. 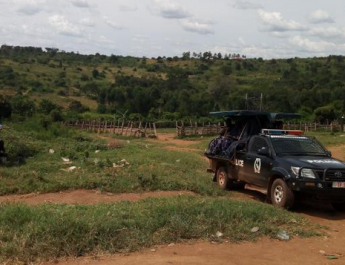