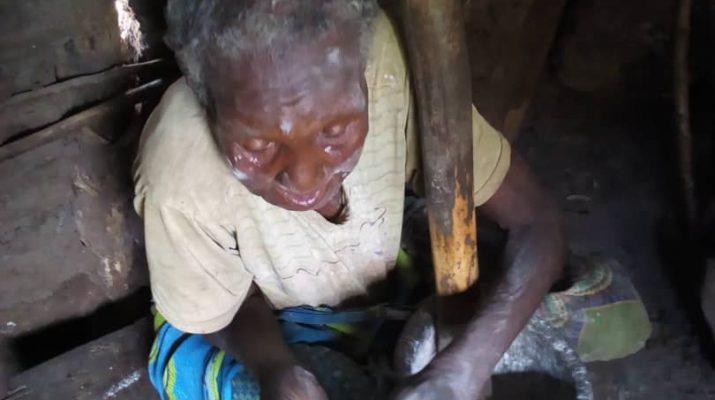 KAGADI-Police in Kyaterekera together with the office of Kagadi Resident District commissioner, (RDC) have arrested a 52 -year-Old Man on allegations of stealing social assistance grant for empowerment (SAGE) Money of an 98-year old blind Woman.

Parmson said the suspect is alleged to have for long been picking sh25,000 monthly honoraria (SAGE Money) for  98-year Margaret Jojina of Kyomukama village Kyaterekera sub-county Kagadi district after being entrusted with authority to pick his mother’s Monthly honoraria.

He adds, “The suspect’s file is being prepared to ensure is transferred to Kagadi Police station for further management”.

Lillian Ruteraho who ordered for immediate arrest of the suspect following a story of the suffering elderly woman on KKCR, a local radio station last week said she felt concerned about the plight of the woman and decided to intervene.

She blamed the local leaders for failure to intervene and rescue the elderly woman and her grandson.

She further noted that Martin Atugonza 12, who lives with her grandmother but infested with jiggers on her feet, fingers and heels is admitted at Kagadi Hospital to help him get healed from wounds caused by Jiggers.

Ruteraho further said she has decided to convince the neighbor to be taking care of the elderly for security reason as her grandson is being treated at Kagadi Hospital.

Margret Jojina 98, thanked Journalists, police and office of Resident district commissioner for coming to her rescue by ensuring people who have been misusing her money are brought to book as well as taking the grandson to Hospital.

Sylivia Nyiramuco, a neighbor who has been taking care of the duo said the mother of the jiggered boy went to do her business and is not bothered about the suffering son.

Francis Rwamwenge the LCI Chairperson Kyomukama A said as a leader and a person had tried to mobilize people to construct for her a temporary structure in which she lives.

The suspect denied allegations saying since her mother is blind and aged she does not recognize the money given to her. 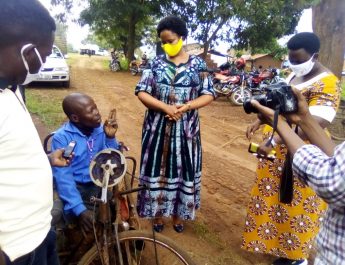 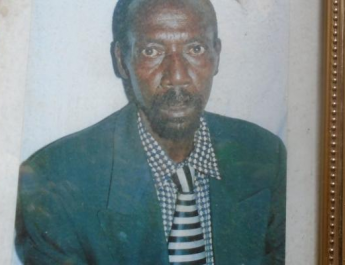 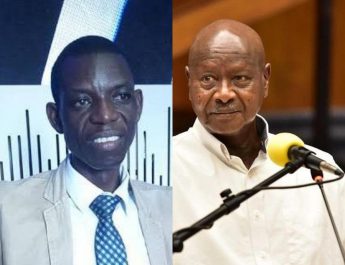