Defending champions Kenya will be boosted by the return of their head coach Francis Kimanzi in the dugout when they take on Eritrea in the Cecafa semis on Tuesday.

Kimanzi has missed the previous two games through a suspension he earned after match day one.

The Harambee Stars topped Group B with maximum points from three games while Eritrea finished runners up in Group A with two wins, as many draws and a defeat to hosts Uganda.

Kimanzi is confident his boys will show up and edge the much improved Eritreans and reach the finals for a successive tournament.

“I was happy with not only the result but also the performance in our first three matches,” said Coach Kimanzi. “We have had enough time for recovery and we’re now set, hopefully, we will go all the way,” he added.

“We don’t have any injury concerns at the moment. The team is fit and ready.

The champions will hope forwards Oscar Wamalwa and Hassan Abdallah are in fine form with Joash Onyango manning the backline.

This will be the 8th meeting between the two sides in the CECAFA tournament with Harambee Stars winning all and drawn one.

The last meeting in the competition came in 2003 when Kenya beat Eritrea 3-2 but the Eritreans will draw inspiration from their back to back wins against Harambee Stars in the 2008 Afcon qualifiers. 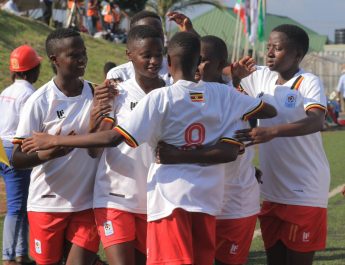