Suspected Congolese Militiamen have robbed ten boat engines in the latest raid on Lake Albert in parts of Bunyoro region.

Albertine Region Police Spokesperson Julius Hakiza told Uganda Radio Network on Monday that the Militiamen held the fishermen at gunpoint before ordering them to surrender their boat Engines. They then fired several bullets in the air and crossed to the Democratic Republic of Congo.

According to Hakiza, security personnel in the region are liaising with their Congolese counterparts to have the robbed boat Engines recovered.

Attacks by suspected Congolese Militiamen on Ugandan fishermen have been rampant on the Lake Albert waters since February 2018.

In November 2018, Seven Ugandan Fishermen were gunned down by suspected Congolese Militiamen near Kaiso landing site in Hoima district. 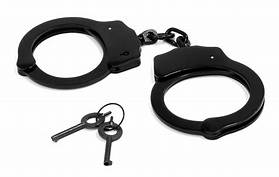