Members of Masindi District Youth livelihood Support Cooperative are un happy with the president for failing to fulfill the pledge of 30 million he promised to channel to the cooperative.

In may last year during his tour in Bunyoro sub region, President Yoweri Museveni  promised to support Masindi District Youth livelihood Support Cooperative  with 30 million Ugandan shillings but up to today nothing has ever been seen.

The president made the promise at Kyatiriri primary school in Pakanyi Sub County while in Masindi district while addressing a rally.

Speaking to journalists today at Masindi district local government headquarters, Joseph Wamani Ogaino the district male youth councilor also the youth cooperative’s chairman noted that following the delay they have decided to write to the Resident district Commissioner Masindi, Godfrey Nyakahuma, requesting him to remind the president to effect the pledge.

He said that several attempts have been made through other relevant authorities like the district chairman Cosmas byaruhanga and other state house officials but all in vain. He added that they want the money to come and be put into proper youth such that the youth can also benefit.

He also said that in case the pledge is not affected it may cause political confusion amongst the youth in the district.

He also said that Balamu Barugahara also gave them Ugx 5 million  prior to Empango celebrations  adding that they  used the money open 10 up acres of maize at Kihonda demonstration farm in Pakanyi sub county. He adds that the maize is ready for harvesting.

According to Wamani Masindi District Youth livelihood Support Cooperative  has over 200 youth members and they are cooperative is engaged in saving and credit and also farming. 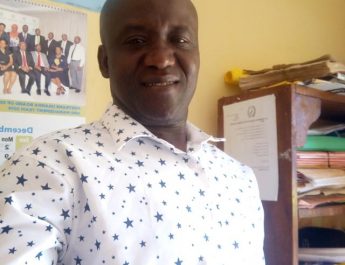