The health ministry on Wednesday confirmed an outbreak of Crimean-Congo Hemorrhagic Fever (CCHF) in Kagadi district.

Robinah Nabanja , state minister for health(general duties), told  KKCR that the laboratory results of the samples taken from a suspected man who is  under isolation at Kagadi general  Hospital, in Kagadi district  tested positive of the fever and negative for other viral Hemorrhagic Fevers like Ebola, Marburg and  Rift Valley Fever.

She said a National Rapid Response team from the Ministry of Health has been dispatched to Kagadi districts to handle the outbreak.

According to minister Nabanja, the suspect whose particulars remain confidential, had high fever, vomiting, general weakness, abdominal pain, loss of appetite, bloody stool and headache among others.

Nabanja explained that the ministry intends to embark on sensitizing Ugandans especially the people of Kagadi district about the spread of epidemic diseases such as Ebola and Crimean-Congo Hemorrhagic Fever.

The assistant communications officer in the ministry of health, Odiira said they will address the media tomorrow Thursday after examining the blood samples at Uganda Virus Research Institute.

Crimean-Congo is a tick-borne illness transmitted to humans through tick bites. It is also be transmitted through contact with the blood of infected animals especially during slaughter.

It can also be transmitted through direct contact with the blood, secretions and the organs of infected people.

A CCHF outbreak constitutes a threat to public health, according to the World Health Organization.

It is also remembered that Ebola hit Kagadi district, the then Kibaale in 2012.

Kagadi district borders DR Congo where Ebola claimed hundreds of lives since the outbreak started in 2019. 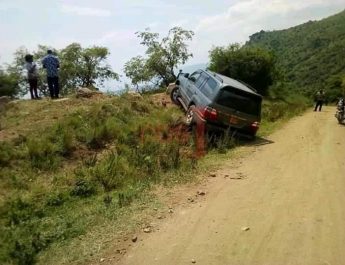