The government has sent 18,000 litres of chemicals to Amudat District in Karamoja sub-region, to aid the aerial spraying of locusts that entered Uganda through the North West Pokot area on Sunday.

The chemicals were loaded and airlifted this morning from Kololo airstrip, by Ministry of Agriculture and Uganda Peoples Defence Forces-UPDF personnel to combat the deadly locusts which have already destroyed acres of vegetation, specifically in Okorikeya and Loro villages.

The development comes just a day after the government confirmed an invasion of Desert Locusts in parts of Amudat, Nabilatuk and Nakapiripirit, some of the areas in Karamoja sub-region that share a common border with Kenya.

The government earlier announced that three types of chemicals will be used for spraying the locusts, which are also, plaguing Ethiopia, Somalia and Kenya, among other countries. 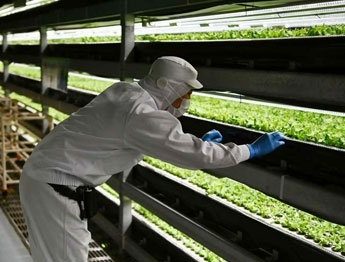 Grown from necessity: vertical farming takes off in ageing Japan