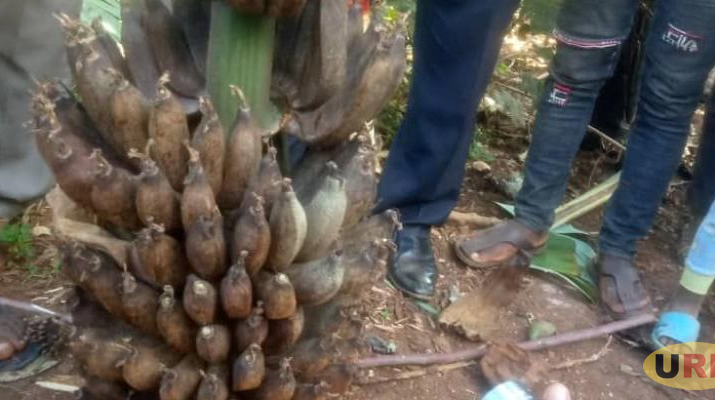 A strange disease has attacked banana’s in Rwampara district sending farmers in panic.

The disease affects the colour of the banana fingers and bunches from green to brown or black, according to one of the affected farmers Nestori Aturinda. He says that the disease eventually results in premature ripening and shrinking of the banana’s, yet even when cooked, they remain hard and inedible.

Kigaaga Parish Chairperson Francis Turyaheebwa says that the kind of symptoms in the new disease are different from the usual Banana bacterial wilt and enset bacterial wilt, also known as false banana.

He says that the outbreak has already affected their incomes as more and more banana’s, a major source of income for the community, are rotting in the plantations.

Alexander Baabo, the chairperson LC I Kigaaga Village says the disease was first heard in districts deep in Isingiro district and it had spread to their area in less than one and a half years.

Mwesigwa Kyomukama Jotham, an area politician and farmer, blames the outbreak on laxity by agricultural officers and extension workers. He says that no one has been seen either monitoring or sensitizing farmers on the disease.

A similar disease was earlier on reported in Ntungamo district. 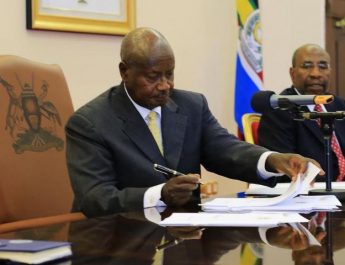 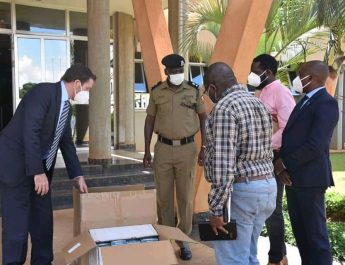