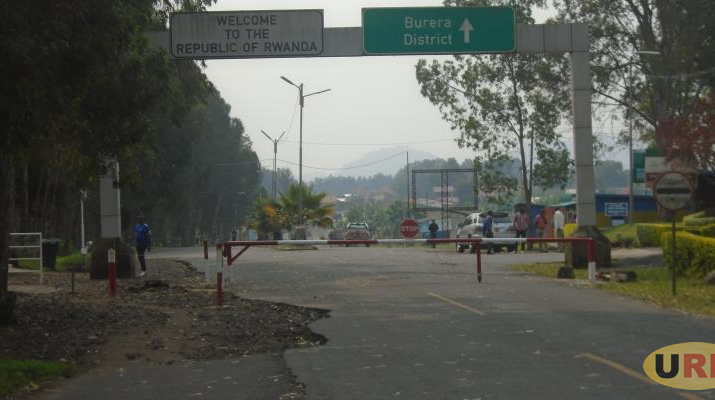 Rwanda has deported three Ugandan nationals who were locked up for allegedly smuggling sorghum.

They are Marvelous Kukundakwe, Gordon Tugumisirize and Zabulon Komunda, all residents of Rubaya Sub County in Kabale district.

The three were picked up Rwandan security on January 16th 2020 from Kivuye Market in Bukumbi, Burera District in Northern Province.

They were locked up in prison until Monday night when they were dumped at Chanika border in Kisoro district.

Kukundankwe says that after their arrest they were taken to Bungwe prison where they spent two days before they were transferred to another prison at Burera district headquarters.

She says they appeared before court and were sentenced to two year’s imprisonment to suffer on grounds that Rwandans nationals are also suffering in Uganda.

They were transferred to Musanze prison and later to Mporogoma prison in Burera district where they stayed until when they were dumped at Chanika border for deportation.

Kukundakwe says that they were thoroughly tested by doctors to establish whether they were transmitting some strange diseases in Rwanda.

The other victim, Zabulon Komunda, says he was carrying 50 kilograms of sorghum when he was arrested while Tugumisirize and Kukundakwe were carrying 34 and 31 kilograms each respectively.

Komunda says the Rwandan operatives also confiscated the cash they were carrying in their pockets.

He says during their incarceration, they were fed with cooked maize seeds mixed with sand and stones.

The third victim, Gordon Tugumisirize, says he almost succumbed to Ulcers due to hunger. Tugumisirize says that they were beaten by security operatives and other Rwandan inmates.

He says that they were also threatened not to inform their relatives about their arrest or else they be killed if they do so.

Tugumisirize says they left more than other 30 Ugandans still languishing in Mporogoma prison.

Jasper Twinamatsiko, a relative to Kukundakwe hailed the media and Simpson Mpirirwe, the coordinator of Orphans of Hope Uganda, a nonprofit organization for revealing their plight, which has led to their release.

The trio’s release comes ahead of a meeting between President Yoweri Museveni and his Rwanda counterpart, Paul Kagame slated to take place on Friday at Katuna border as part of the mediation to end border impasse.

The meeting is part of the resolutions of the quadripartite summit held in Luanda, Angola on February 2, 2020. The summit was mediated by João Lourenço, the President of Angola and his DRC counterpart, Felix Tshisekedi.

During the summit, it was agreed that the two warring nations release prisoners being held in their countries.

It was also resolved that the two countries refrain from interference in each other’s affairs, protect Human rights of citizens of both Uganda and Rwanda and continuation of the activities of the Ad-Hoc commission, as a mechanism for monitoring the implementation of the process.

On Tuesday afternoon, Uganda also handed over 13 Rwandan prisoners to the Rwanda government. Rwanda closed its borders with Uganda in February 2019.

They also accuse Uganda of hosting and facilitating dissidents especially from the Rwanda National Congress and the Democratic Forces for the Liberation of Rwanda, who have declared war on the Kigali government. Rwanda advised its citizens against travelling to Uganda, saying it can’t guarantee their safety.

Even those seeking education, food and health services have since been blocked. Since the border closure, several Ugandans and Rwandans have been arrested and shot by Rwandan security for their alleged involvement in smuggling. 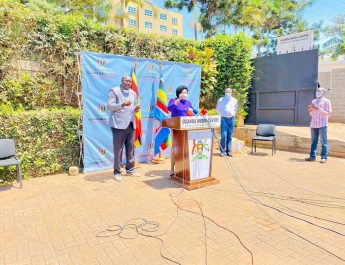