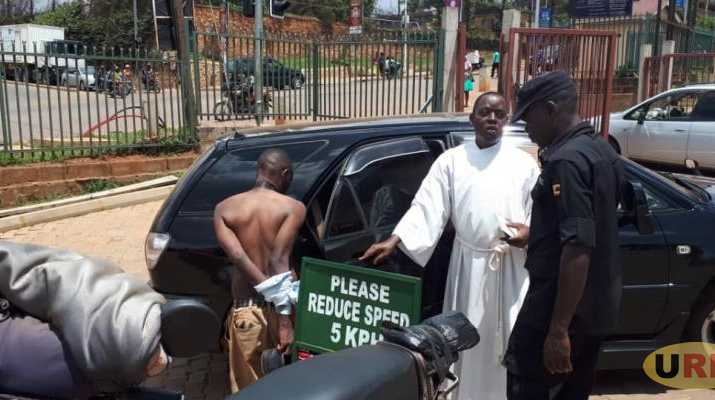 Worship houses are regarded as holy places and expected to be very secure. Whoever goes there is expected to be at their best behavior. However, this isn’t the case with many worship places in Kampala. It is no longer strange to hear the clergy warning worshipers to jealously guard their property from thieves.

Every Sunday, Rev. Can Michael Mukhwana, the Vicar at St Andrews Church Bukoto reminds the congregation that “not all of us have come to pray.” According to Rev Mukhwana, it is important to inform the congregants to secure their belongings even before they settle down in church because of rampant theft. “Brethren, please be careful with your possessions. Some people come to church with the intentions of stealing,” he recalls one of the famous pronouncements he made in church.

According to Rev Mukhwana, they have received several complaints from Christians about the loss of their personal belongings at church whenever they come for service. “There is a problem, but I cannot say it is very big. The fact that people are losing their valuables in churches, weddings and funerals should be worrying enough. Sometimes when I am presiding over services and I hear cases of lost phones or handbags, I feel so touched.” Rev. Mukhwana told URN early this week.

Adding that, “It is because of this increasing rate of thefts that we are forced to remind the congregation to be cautious about their neighbor. In most cases, Christians trust each other so much, thinking they have all come to worship. Some go to the extent of leaving their valuables like phones and bags behind as they go to either receive Holy Communion or give offertory.”

Despite the warning, cases of stolen items and vandalised cars continue to be reported. “Sometimes we arrest the culprits and hand them over to Police,” Rev. Mukhwana said. He says the first case that came to their attention was of a lady who was praying in the church for the first time. Her bag, phones and vehicle keys were taken and were never recovered. He says the following Sunday, another lady also complained of loss of her phone and bag.

According to Rev. Mukhwana, the thefts climaxed last Sunday when Allan Musoke, one of the Christians lost his vehicle Premio registration number UAR 456W during the morning service. “I think the thieves are reminding us that we should have been proactive as the church grows. We should be more concerned with the security of church,” he said. When asked what he think is attracting thieves at this church, he said probably they are being misled by its new look.

Bishop David Kiganda of Christian Focus Ministries thinks the problem is common in non-born again Churches. He however, doesn’t rule out that it exists in some born again churches as well. “According to the Bible, where children of God gather, even Satan joins them to try and win some souls. The devil is out to kill, steal and destroy. His main purpose is to keep getting numbers and he will do it even when it means going to the church,” he said.

He explains that the Church isn’t like heaven where one only expects pure souls. “You compare it to a hospital where not all the patients get healed at once. Out of the 12 disciples who were so close to Jesus, at least one of them, Judas Iscariot, turned out to be a thief. He was closer to Jesus, but his character had not changed,” he argued.

Godfrey Otim, a reformed thief and member of Holy Power Centre, Naalya told Sunday vision in an interview that he was in the habit of stealing people’s bags. “I had made it a habit to move from one church to another stealing phones, bags, offertory, and sometimes vandalising cars until one day when the pastor preached and I felt he was talking about me. I walked to the pulpit and confessed,” he told Sunday Vision.

Some of the thieves target the cash baskets when they pretend to be looking for change and pick bigger notes. “It is because of this that some churches were forced to change their basket collections. Where the collections are open, they deploy ushers to guard it jealously,” he said.  The story isn’t any different at Nsimbi Zziwome Mosque in Bukoto where the Deputy Imam, Sheikh Kassim Elias Mutimba, says some people come to the mosque to steal worshiper’s shoe.

A worshiper at the mosque told URN that he once went to the Mosque and discovered that his shoes had been stolen why leaving. He says that a friend heard that someone had been caught with sack full of shoes and sandals; they rushed there and recovered his missing neighbor’s missing shoes. “Sometimes it is even phones that are stolen. When you put your phone on charge while praying by the time you complete praying it’s gone,” he said.

Adding that, “There are even times when motorcycles parked in the mosque vicinity are stole. I have heard of a case of people coming to steal motorcycles. Not once, not twice. When the owners park their motorcycles to enter the mosque top ray, thieves unlock them and ride off. They are usually very observant before they carry out such moves.”

He says they also registered a case of theft at Watoto church of motor vehicle registration number UBA 669I. He however, says they recovered the vehicle from Kawempe Kazo and picked up three suspects. 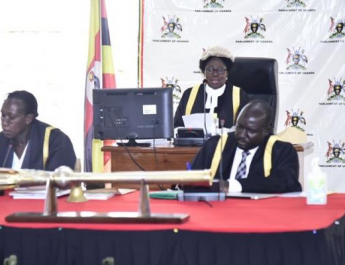 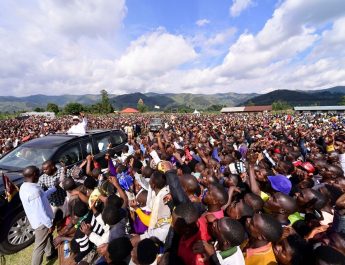