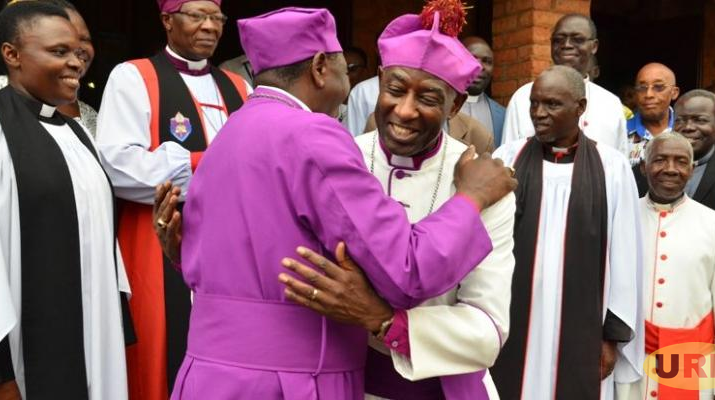 The special Service was attended by among others President Yoweri Museveni, Nabagereka of Buganda Kingdom Sylvia Nagginda, Katikkiro of Buganda Charles Peter Mayiga, 11 Archbishops and 30 Bishops from across the world, 39 active Bishops under CoU and their retired colleagues.

During the enthronement, the outgoing Archbishop, Stanley Ntagali abdicated the position and handed over the Provincial Staff – a symbol of the Archbishop’s spiritual authority to Kazimba. In his last remarks while handover, Ntagali said that he has seen God’s love and faithfulness.

“I am very happy to retire today. Which by God’s grace happens to be my 65th birthday. It is my joy to congratulate Rt. Rev. Stephen Kazimba, I pray that God guides you in your leadership as Archbishop of Church of Uganda,” said Ntagali.

Before signing off his Abdication, Ntagali handed the new Archbishop the CoU Constitution, the Canons, Vision 2020 and his hand over report. Kazimba was then presented to the congregation and renewed his vows. The 39 active Bishops under the CoU pledged canonical obedience to the new Archbishop. The Dean of the Church of the Province of Uganda, Jackson Nzerebende then guided Kazimba to his Provincial Chair, symbolizing that he was elected to lead the Bishops and the entire Church of Uganda.

In his sermon during the enthronement Service, the Archbishop of the Anglican Church in North America, Rev. Foley Beach, said this was a historic occasion and appreciated CoU for its faithfulness to the gospel of Jesus Christ. “You have been a bright light for the world. You said no to disobeying the word of God, you said know to immorality, many wish their leaders would be like you…thank you for your boldness and your example,” said the Most Rev. Foley about Church of Uganda.

He tasked the new Archbishop Kazimba to heed to the call of Jesus and follow him in his leadership. “As leaders we have to go to the people, care for them, love and help them. Share your very self with them. We are called to be servants, do justice. My brother Steven this is what we are called to do…sacrificial, steadfast love. Your challenge is to remain committed to God’s promise and be steadfast,” Foley tasked the new Archbishop.

Rev. Foley tasked Kazimba to fulfill his ministry despite a number of challenges that are to come before him during his Service Dr Kazimba’s calling started in teaching the Sunday school children in November 1979 after his confirmation. He later served in Madudu Church of Uganda as a catechist from 1981 to 1983.

Kazimba was elected by the House of Bishops Archbishop in August 2019 elected. The then Bishop of Mityana Diocese beat top contenders like the Bishop Sheldon Mwesigwa and Samuel George Bogere Egesa, the Bishops of Ankole and Bukedi Dioceses.

He was trained as a Lay-Leader at Baskerville Theological College Ngogwe in 1985 and was posted to Lugazi St. Peter’s Church. Between 1988 and 1990, he trained at Uganda Martyrs’ Seminary and was ordained in December 1990 by Bishop Livingstone Mpalanyi Nkoyoyo.

He served as Assistant Vicar at St Apollo Kivebulaya Church of Uganda, Nakibizzi between 1990 to 1994. In 1996, Dr. Kazimba completed his Diploma in Theology at Bishop Tucker Theological; College, and was posted to Katente Parish as Parish Priest from 1997 to 2000.

He was transferred to Mukono Cathedral as Vicar in 2,000 and later appointed Acting Provost of Mukono Cathedral by Bishop Michael Ssenyimba. In 2004, he was confirmed as the provost of St. Philip and Andrew‘s Cathedral before becoming the 4th Bishop of Mityana Diocese on October 26, 2008, replacing Bishop Dr. Dunstan Bukenya. 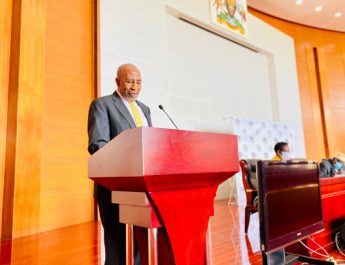 Govt has achieved 80% of the manifesto – Rugunda 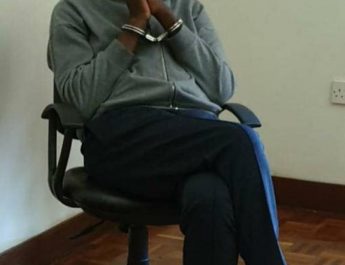