The RDC Kibaale District Deborah Mbabazi who also heads the District COVID-19 Taskforce is under the spotlight for alleged poor response to emergency alerts in the critical moment of the lock down.

The complaints have been brought to light after a new born baby died in Kasozi village Kayanja Sub County, Kibaale district after the mother had a premature delivery due to lack of transport to a health facility.

Farantini Mukasaka, on Friday delivered an immature baby reportedly of 7 months who died after 30 minutes following hours of the mother stranded at her home in Kayanja village.

In an interview with our reporters today Farantini narrates that she developed pregnancy complications but when the husband Jamale Majambere contacted the RDC Deborah Mbabazi who is in charge of deploying government response vehicles centered at the district, she said they were not available.

She says that up to now she is still at home with no authority to her rescue though she needs medical attention.

Jamale Majambere, the husband to the victim says that all his efforts to save the premature baby on Friday were futile and that up to now he is unable to transport the un-well woman to Kibaale health Centre IV for treatment.

Steven Byamuhereza, the village LC1 chairperson for Kasozi village wonders why the RDC and the entire task force responsible for quick response to emergencies has not helped them up to now since no one has got back to them.
A resident who claimed anonymity accuses the taskforce of failing to attend to a relative as the RDC’s phone number was never picked neither could return calls.

Efforts to get a comment from the RDC Kibaale Deborah Mbabazi were fruitless as she could neither pick nor return repeated calls from our reporter as the DHO declined to speak to us. 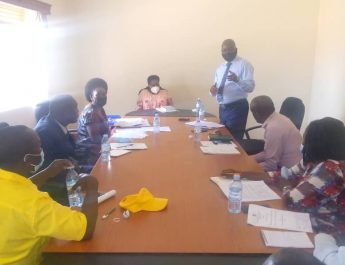