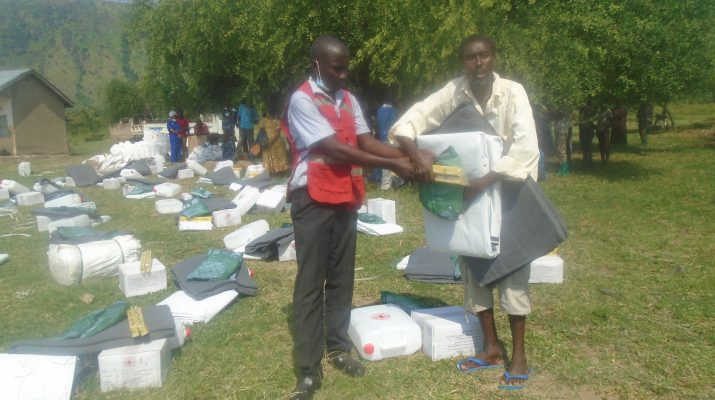 For the last two months Ndaiga sub county  in Kagadi district has been  hit  by  floods caused by the submerged water from lake Albert  that have left over 300  persons affected  and property destroyed.

The items delivered to the victims yesterday include; 105 tarpaulins, 450 blankets,  200 Jericans ,12 boxes  of soap ,320 mosquito nets ,  kitchen sets (saucepan, cups and plates) among others.

John Bright, Uganda Red Cross Society focal person, Kibaale branch notes that there is still need for more relief items to be given to the affected communities with many having lost nearly everything to floods.

The LC3 chairperson of Ndaiga sub county, Oscar Cunyayi called on well-wishers and the ministry of disaster and preparedness to continue supporting the sub county as it battles to keep displaced families alive and safe.

He said, the affected people have started relocating to other places before the government enforces forceful evection.

Enid Birungi, a widow and a resident of Kabukanga landing site   who lost her household items in the tragedy requests the government to extend more items to the affected persons especially for mothers and girls.

Ronald Jamada another flood victim wants government to give them a startup capital because their businesses were destroyed.

The Kagadi district woman MP Janepher Kyomuhendo Mbabazi who bought a mattress for an old man whose house was washed away, thanked Uganda Red Cross society for supplementing on the government’s role to offer services to the people. 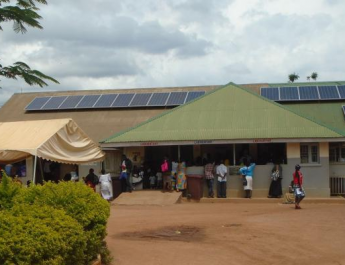