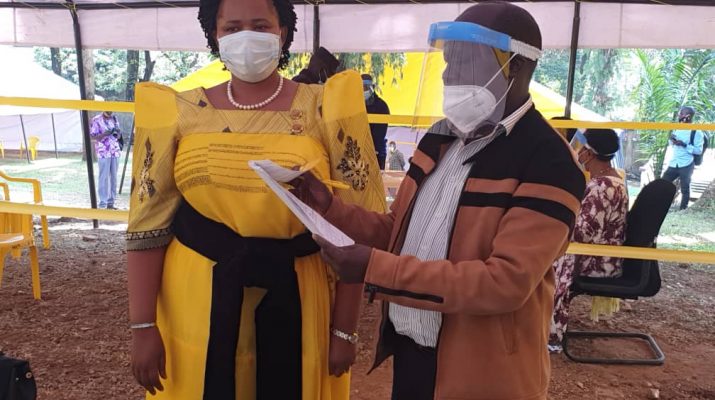 Kagadi-Kagadi district woman Member of Parliament Janepher Kyomuhendo Mbabazi has assured the people of Kagadi that she is committed to spearheading economic development of the district.

Janepher made the commitment today after she was nominated by the chairperson of the NRM electoral commission Dr Tanga Odoi at the party headquarters to run in the NRM party primaries.

Mbabazi who is seeking for a second term in office says as an NRM MP she will ensure that the Emyooga presidential initiative on job and wealth creation is well monitored to yield results in a bid to alleviate poverty in the district.

Speaking to journalists after her nomination on Saturday, Mbabazi vowed to work with the leadership of Kagadi district to stop the alleged land evictions by the absentee landlords especially in sub counties of Mpeefu, Ndaiga and Kyaterekera.

She says improving health care delivery and education services in the district will also be high on her agenda in the new term. 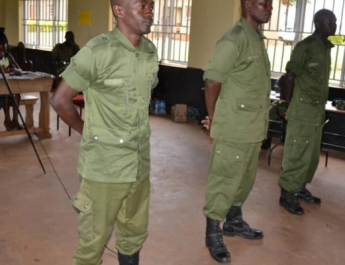 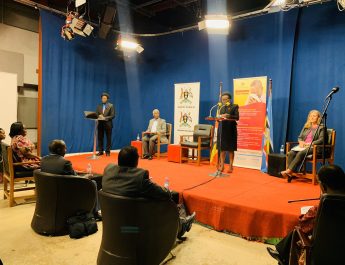