An angry mob has lynched a suspected notorious motorcycle thief in Masindi. The deceased is Godfrey Odongo,32, a resident of Majengo cell in Kabango town council.

A group of Boda boda riders intercepted the deceased in Bumuzika village on Sunday evening and pounced on him. They assaulted him to death.  Julius Hakiza, the Albertine region police spokesperson, says that by the time police arrived at the scene it was too late to save Odongo’s life as he had breathed his last.

He faulted the residents for taking the law into their hands instead of handing over the deceased for investigations. Information obtained by our reporter shows that on July 13, 2022, the deceased picked a Boda boda from Kabango stage identified as Tinkamanyire to take him to Bulyango village in Hoima district.

It is alleged that before reaching Bulyango, the deceased grabbed Tinkamanyire from behind and pulled out a machete he used to hack him on the head leaving him unconscious and bleeding profusely.

The deceased allegedly made off with Tinkamanyire’s motorcycle registration number UEQ 314E Bajaj.  Passersby picked up Tinkamanyire and rushed him to a nearby clinic for treatment. Since then, boda boda riders together with other residents have been hunting for him.

Polly Kawaga, a resident of Kinyara, says the deceased together with other thugs have been terrorizing area residents, especially Boda boda riders. Dominic Kyaligonza, a Boda boda rider at Kabango trading center, says that they have lost five motorcycles since March to thugs. 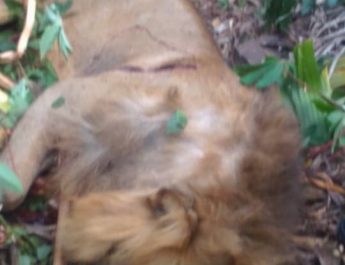