Sudan is handing over ousted leader Omar al-Bashir to the International Court Court (ICC) over charges against humanity, war crimes and genocide, the Transitional Sovereign Council announced on Tuesday.

Bashir evaded prosecution for more than a decade while he led the country.

This decision, with last week’s overtures to renew relations with Israel, could be seen as Abdalla Hamdok’s bid to have sanctions imposed in 1993 lifted.

The sanctions have meant Sudan remains on the list of state sponsors of terrorism, after Bashir once hosted Osama bin Laden in the 1990s.

Sudan is not a member of the ICC, but is a signatory of the international conventions on genocide.

Bashir is accused of beating down a rebellion in Darfur in 2003 by killing and displacing civilians.

The Janjaweed militia which was linked to his direct command were said to have used scorched-earth policy to punish people.

As the Sudan was not a member of the international court, the case was referred to the ICC by the UN Security Council.

The ICC issued the first warrant for his arrest in March 2009, and issued another in July 2010.

It required all member states to arrest and hand him over to the Hague-based court.

But he managed to travel to Kenya, Malawi, Nigeria and South Africa, all members of the ICC.

Under the ICC rules of procedure, the case remains at pre-trial stage until he is presented in court.

Bashir is already jailed in Sudan for corrupt dealings. He was sentenced to three years last November.

That means he will be handed over to the ICC once he completes his jail term. 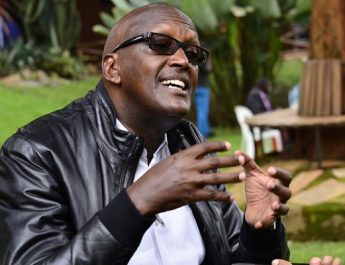