Police in Kagadi has arrested three men on allegations of smuggling cosmetics from the Democratic Republic of Congo.

Julius Hakiza, the Albertine region police spokesperson, says that the suspects were found with 50 cartons of different types of cosmetics including Caro light and Diprosone from DRC.

They are alleged to have sneaked the cosmetics into the country through Lake Albert and landed at Kabukanga landing site, Ndaiga Sub County Kagadi district before they embarked on transporting the cosmetics to Kampala.  They were intercepted in Kagadi town.

Hakiza says the suspects had loaded the cosmetics on a vehicle registration number UAT 146Q at the time they were intercepted on Friday evening. The vehicle was impounded and towed to Kagadi Central police station.

Hakiza says police and other security operatives have for long been tracking the suspects. 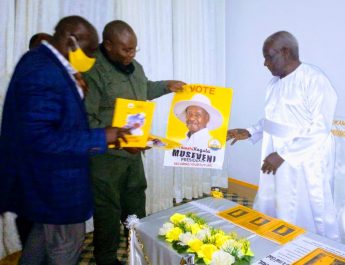 Kagadi top leaders to start online declaration of their Assets