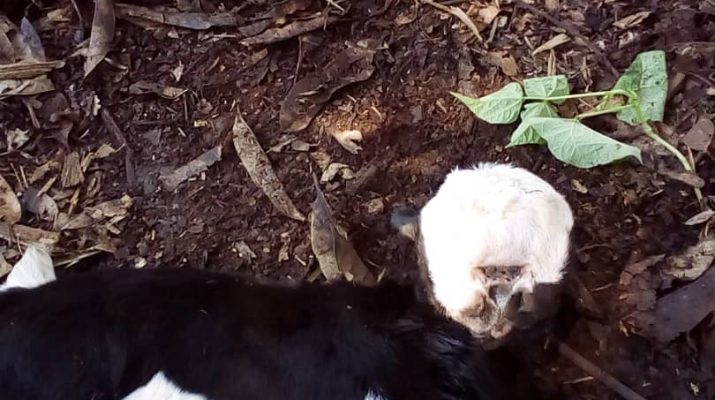 Kagadi-John Ndyanabo a resident of Byema B lc1 Nyakarongo Sub County IN Kagadi district was on 26 06 2020  shocked when one of his goats gave birth to a mutant kid with four eyes and four nostrils.

The Goat gave birth to three kids but one had a human like head.

John Ndyanabo said, the incident had become talk of the village where he was forced to charge between 2000-3000 shillings to access the kid.

However, John Ndyanabo killed the Kid due to pressure from the public that the Kid with a human like head   could be an agent of bad luck or Satan.