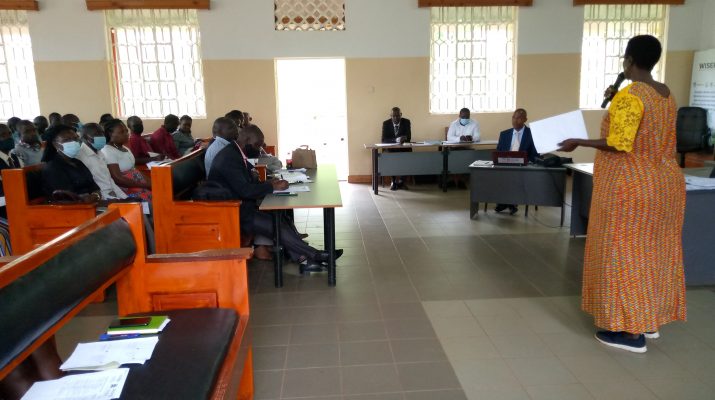 The Chief Administrative Officer Kibaale, Dorothy Ajwang on Wednesday challenged the new employees in the District to be open minded, have a positive attitude and grab opportunities as they learn.

She issued the call during the induction meeting held in the District Council Hall, where among other district dignitaries was Godfrey Muhonge Kasanga the District Chairperson.

Ajwang pledged total support towards service delivery and she also called on to the participants to be disciplined,  honest and meet their obligations as per the appointments they received as they serve effectively and diligently.

The Kibaale District Chairperson,Godfrey Kasanga Muhonge  assured the participants, that a lot is expected of them in regard to service delivery, as they build a model Kibaale.

He further challenged them to be patriotic, love their jobs, commit themselves to deliver and embrace teamwork for better growth. 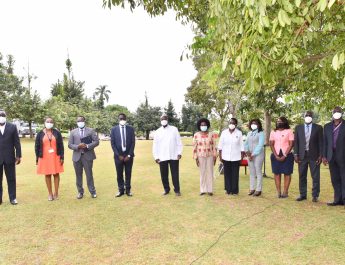