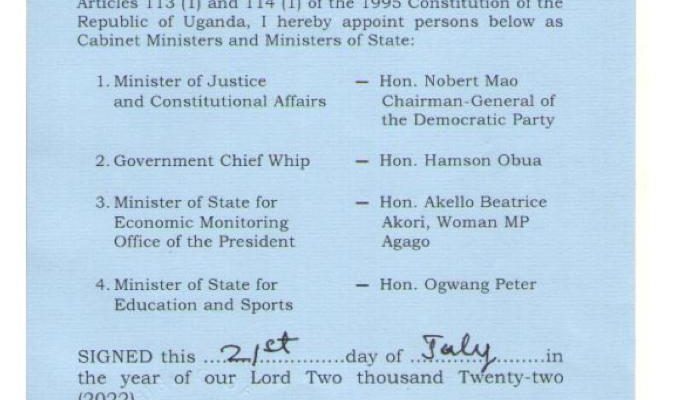 The Democratic Party President General, Nobert Mao is the new minister of Justice and Constitutional affairs. He was appointed in an instrument issued by the president, Yoweri Kaguta Museveni on Thursday afternoon.

Also appointed are Hamson Obua as the government chief whip and Akello Beatrice Akori as the state minister for economic monitoring in the office of the president. Akello has replaced Peter Ogwanga who has moved to the position of state minister for Education.

Mao’s appointment comes a day after he signed a closely guarded memorandum of understanding with the president, Yoweri at state house Entebbe on Wednesday evening. 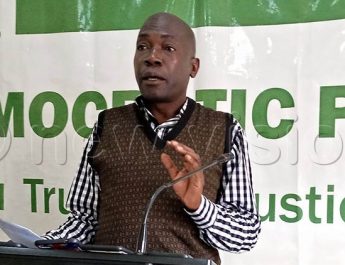 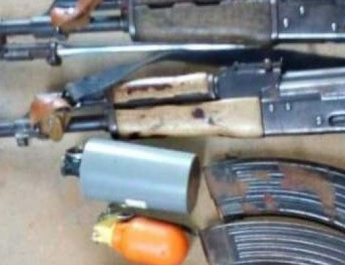 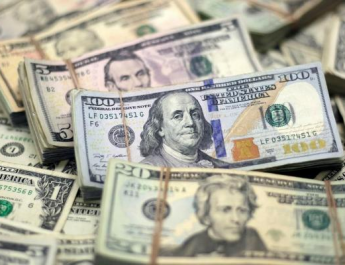 494 Ugandans Own Wealth of At Least UGX 2 Billion– Report