Kagadi general Hospital Medics who participated in the cure and Prevention Congo Crimean hemorrhagic fever epidemic have demonstrated over less pay of their allowances.

The harsh Medics while speaking to KKCR FM at Kagadi general hospital last evening said, they took risks of their lives in managing the epidemic for about three weeks but they are surprised to be denied a full pay of their allowances.

According to Medics, they agreed with the Kagadi hospital Senior Clinical officer Dr .Keffa to be earning shs 80,000 per day but to their surprise last evening after the exercise they were paid only Shs 20,000 per day which they refused and swaged into strike.

They further vowed not to allow half-baked allowances or else they will appeal to other bigger offices.

But when KKCR FM tried to interact with the senior Clinical Officer Dr. Keffa while at the hospital premises he adamantly refused to give a comment into the matter and referred our reporter to the hospital superintendent officer Dr Kakibogo Isaac.

Speaking to our reporter on Phone the general hospital superintendent Officer Dr Kakibogo Isaac says is not aware of the matter and also referred our reporter to the District health officer Dr Oluo James.

When our reporter contacted the District health officer Dr Oluwo James on his known mobile telephone number, he paid less time to give a clear a comment about the matter. 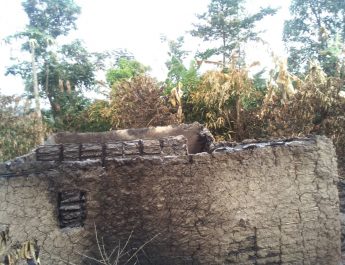