Over 2,000 homes with a total population of 25,000 people living in 5 villages in Buhuka Kyangwali Kikuube district have been forcefully evicted from their land which they had occupied legally with a legal communal land title issued by the government of Uganda.

The five villages affected are Kyabasambu, Kiina, Nsunzu, Kyakapere hamwe and Nsonga with a total of 1,354 hectares near the kingfisher oil field in Buhuka Kikuube district.

The affected people say that the eviction was implemented by the UPDF with a directive from the RDC Hoima Samuel Kisembo Araali.

The affected are currently displaced with others camping at Buhuka Primary school near Buhuka Police post in Kikuube district.

Isa Byaruhanga and Micheal Onyango representing the people living on the communal land in Buhuka said, they were saddened by the forceful evictions from government yet it’s the same government that gave them a freehold land title to this community in Buhuka parish.

They want government to come out and explain the motive behind these evictions during the time when the country is in lockdown with people not being allowed to travel.

Efforts to get a comment from the Hoima RDC were futile by press time as his known phone numbers were out of reach.

NRM membership Registration to kick off this Thursday in Kagadi 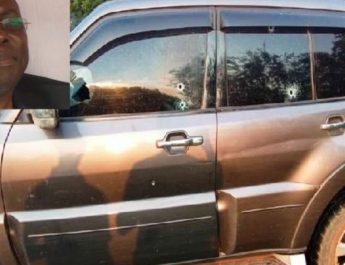