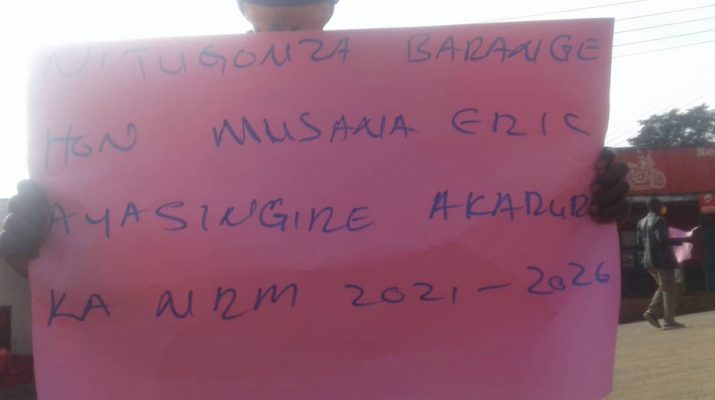 Kagadi-A section of the NRM party supporters in Kagadi District on Monday morning   stormed the offices of the national resistance movement in Kagadi town in protest of the delayed outcome of recently concluded primary election in which they claim the entire exercise was marred with acts of bribery and doctored results.

Unfortunately the offices were closed by the time voters staged a protest.

They accused the party electoral officials in the district of delaying to declare the winner.

Led by Adrian Tumwesigye, the political assistant for Musana Eric, the protesters threatened to defect to opposition parties if their candidate is not cleared the flag bearer in two days.

The demonstration was cut short after the intervention of police and army commended by the Kagadi Police operations officer Aimai Simon Peter.

He advised them to wait the final decision from the chairperson NRM electoral commission, Dr.Tanga Odoi.

He therefore asked anyone complaining about the results for Buyaga East constituency to approach chairperson NRM electoral commission, Dr.Tanga Odoi.

However, no winner was announced after a re-voting was announced for Pacwa trading centre in Paacwa sub-county, where Musana and Twesige failed to agree over alleged filling of results on the declaration forms.

On Wednesday Last week, John Arimpa Kigyaji the Vice-chairperson NRM Electoral Commission in a media statement said that in areas where the winners were not declared, the party has asked candidates to submit declaration of result forms to the party headquarters so that they can tally afresh and the winner declared.

However, while addressing a press conference on Thursday last week at Parliament, Musana says that holding onto the results for elections held on 4th September indicates that there are plans to alter the results.

Musana says that submitting the declaration of result forms will not help.

He wanted open tallying conducted in the presence of all candidates.

He says that according to his tally of the declaration forms, he garnered 28,663 against his Twesige, who got 25,014.

He adds that if this matter is not handled properly it will divide voters in the NRM.

He vowed to contest as an independent candidate if the matter isn’t resolved.

He called for the respect of the NRM election commission. 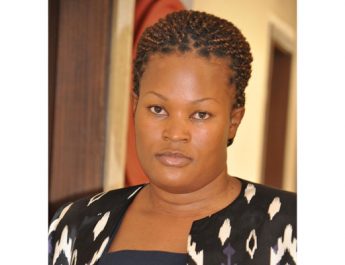