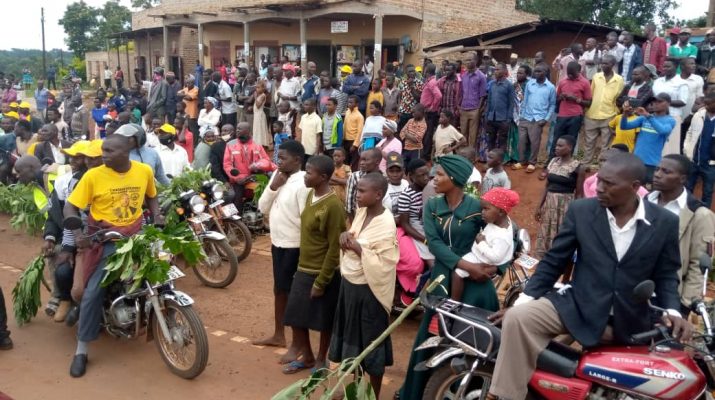 Kagadi-Police in Kagadi is on the spot for reportedly using paper spray to compel the NRM flag bearer for Buyaga East constituency, Twesige Stephen Rulekere out of his car along Kagadi –Hoima road in Kagadi town.

Stephen, who overpowered 7 rivals including the incumbent,   was on Wednesday evening returning from Kampala after being declared winner.

However, he was welcomed by thousands of his reporters who caused commotion from Buronzi village at the boarder of Kibaale district up to Kagadi town where he was paper sprayed for allegedly flouting covid-19 guidelines.

Stephen was rushed to Dr.Kagwa’s health Centre where he spent about an hour receiving first aid.

“We won the elections, why can’t police leave us to escort our candidate, voters barked at police officers”.

Addressing thousands of his supporters after receiving first aid at Dr.Kagwa’s health centre, Twesige Stephen Rulekere asked for calm but cautioned Kagadi police officers against attacking him in favor of other politicians.

“I have been patient with security; now wait for what will happen to them, Twesige told his supporters after receiving first aid”.

In fear of being teargased again, residents of Kagadi decided to escort Twesige Stephen up to Kamata village in Paacwa Sub County.

Efforts to get a comment from the Kagadi district police commander, Stephen Kamar were futile as he could not respondent to our repeated calls. 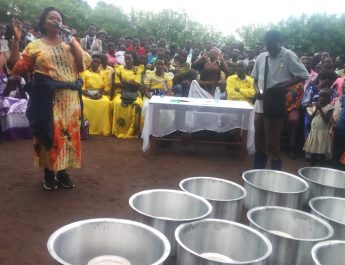