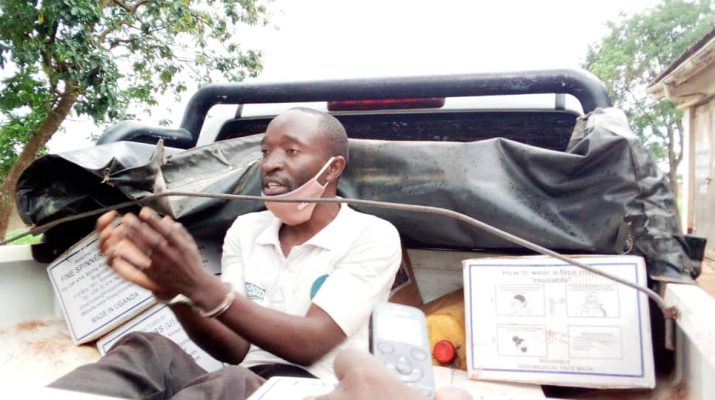 The suspect being detained at Kagadi central police station is identified as Asimwe Jeremiah aged 28, a resident of Rubiri village in Buswaka Parish Kyaterekera Sub-County

On Monday, the Kagadi resident district commissioner, Lillian Ruteraho flagged off the distribution of 341,197 face masks to residents of Kagadi district.

The district leaders handed the face masks to LC1 chairpersons to deliver them to the beneficiaries but they (chairpersons) were not given transport.

According to resident district commissioner Kagadi, Lillian Ruteraho, Asimwe (suspect) was on Tuesday found selling face masks at 500 shillings each, as transport refund.

After being tipped off by concerned residents RDC Kagadi Lillian Ruteraho ordered for Asiimwe’s arrest.

Ruteraho has condemned the act of selling government face masks, saying Asimwe Jeremiah must face the law and become a lesion to others.

“I want other people to learn from him so that they stop interfering with government programs,” said Ruteraho 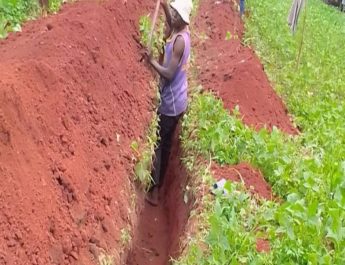 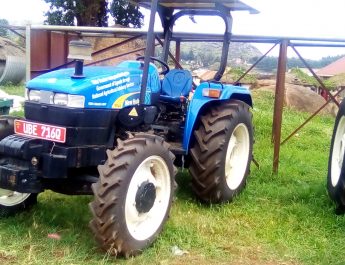