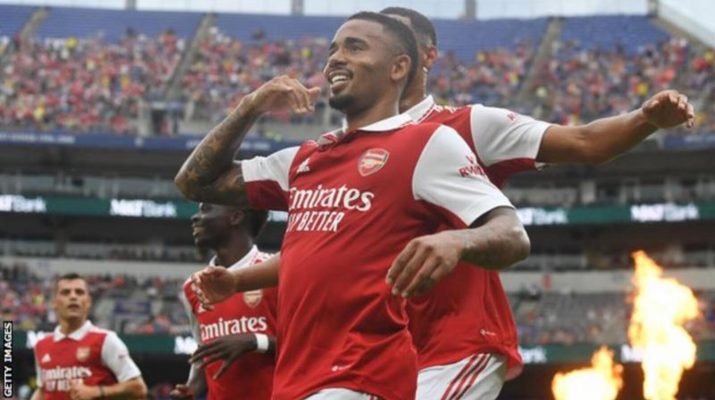 The £45m signing continued his impressive pre-season form by firing home from a 33rd-minute corner at the M&T Bank Stadium in Baltimore.

Jesus, who scored twice against Nuremberg this month, helped set up Bukayo Saka for Arsenal’s second.

“He creates uncertainty and he’s always on your shoulder,” said Arteta.

“He’s a real threat and this is what we need. He’s very versatile, but obviously the way we would like to develop him is in that [number nine] position.”

Arsenal face Orlando City and Chelsea in Orlando next week.

Chelsea began their pre-season campaign with a 2-1 win over Mexican side Club America at the Allegiant Stadium in Las Vegas.

Chelsea took the lead in the 55th minute when Timo Werner converted the rebound after his initial effort was blocked by team-mate Michy Batshuayi.

Mason Mount scored a superb winner with seven minutes remaining, shifting the ball away from a defender before curling in from 20 yards.

Illan Meslier saved a Philippe Coutinho penalty and blocked the rebound after new Leeds signing Tyler Adams was penalised for handball in the first half, but Ings made no mistake following Leif Davis’ handball.

Leeds forward Archie Gray was carried off on a stretcher only 11 minutes after coming on as a substitute.

The 16-year-old, son of former Leeds striker Andy Gray and great-nephew of Leeds legend Eddie Gray, was injured in a challenge for which John McGinn was booked. 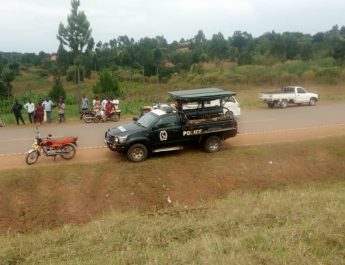 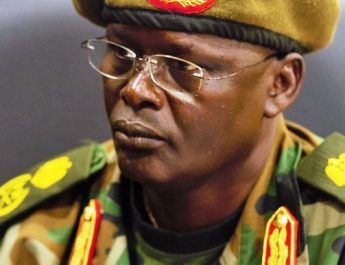