Police in Kagadi is holding a man for allegedly murdering his wife. The suspect is Daniel Nizeyimaana, a resident of Yorudani ward in Rugashari town council while the deceased is Annet Katushabe,28.

According to information obtained by our reporter, Nizeyimaana hit his wife with a blunt object on the head killing her instantly at around 1:30 pm on Monday shortly after picking a quarrel.

Frank Wamanya, the area LC I Chairperson told this website  in an interview that residents heard Katushabe screaming for help and rushed to see what was happening only to find her lying dead in a pool of blood.

According to Wamanya, Nizeyimaana had already fled the crime scene by the time the residents arrived. Rose Alituha, a neighbor to the couple says for the past two weeks, the two have been feuding for unknown reasons and Nizeyimaani has been threatening to evict the deceased from their marital home.

Julius Hakiza, the Albertine region police spokesperson says with the help of the area residents, they pursued and arrested the suspect who is currently in custody at Kagadi central police station.

According to Hakiza, the suspect will appear before the court on murder charges once the police investigations are complete. The deceased’s body is lying at Kagadi general hospital pending a postmortem. 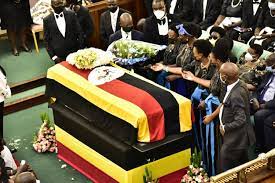 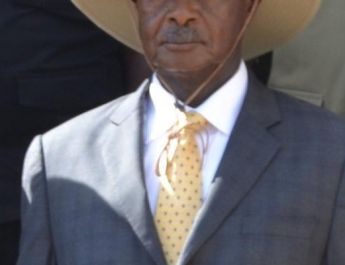